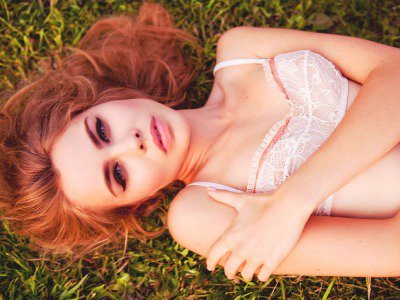 Soft unpadded bras might not give you a Pam Anderson-like bust, yet is a great thing to have nonetheless! They’re comfy, they’re sexy, they are the most worn item of every romantic novel female protagonist, and if those reasons to wear unpadded bras aren’t enough to convince you, I have a few more to seal the deal! What do you say? Want to give soft unpadded bras a go? Well, here are some reasons to help you give it some serious thought.

You can say what you want about soft unpadded bras, but you can never and I really mean NEVER say that they're not comfy! I bought one to wear around the house because 25 seemed like a good age to realize that I’m not 18 anymore and that going braless is like flashing a “Hello, gravity, come and get me first” sign, and well… it worked. I ended up liking it so much that I’ve bought three more so I wouldn’t have to give that feeling up even outside the house!

Underwire and straps are what provides support, which means that your bra doesn’t have to be padded to keep the girls in place! Yes, soft unpadded bras are just as supporting as padded ones – how cool is that? And they come in tons of different styles, fabrics and colors, meaning that you don’t have to settle for less or give up anything! You want sexy? You'll get sexy! You'll find girly, trendy, romantic, sporty...everything!

I used to loooove padding! Seriously! Stuff it like a pillow, dye it black so it goes with most of my evening-wear and you’ve got yourself a customer! It didn’t look really natural, though, and made me look awkwardly bulky from certain angles. Don’t even get me started on those baggy dresses…now that’s where you could really see that something isn’t quite right up there. And while some outfits require a bit of padding here and there, others really look best without those extras. But that’s not a new piece of info! We’ve seen that on the runways – haven’t we?

4. What You See is What You Get

This may easily be one of the silliest reasons to wear unpadded bras but I’m going to list it anyways, simply because it’s true. Did you know men aren’t the world’s biggest fans of padding? It’s kind of like grocery shopping, actually. You’re presented with melons, decide to take them home and what happens? You open the bag and realize the seller has given you lemons instead. You might have been fine with the lemons and you might like them just as much as you like melons, but still you feel cheated. False advertising – get it? Add false lashes, makeup, Spanx, clip in extensions and all other things men don’t get to use to dramatically change their appearance and you’ll begin to understand why they don’t like overly padded bras.

What you spend your youth wearing heavily padded bras because you wish your boobs had been “just a bit bigger,” you kind of lose the ability to see past the size. Shape, perkiness, proportion – all of these things don’t matter much because of this huge difference in size with and without the bra. Then you try something softer but equally supporting, wear a shirt over it, give yourself a few days to adjust to this change and you’re like, “Heeey, wait a minute, my boobs aren’t half bad!” It’s a great feeling, actually…discovering that you really like your body just the way it is!

Okay, so this is the really scary part! Apart from being uncomfortable, bras are actually believed to be very, very bad health-wise and some medical professionals even believe they increase the risk of breast cancer. The tighter it is and the more padding a bra contains, the worse, because it elevates breast tissue temperature and prevents them from moving naturally which, according to these folks, causes lymph nodes to get congested. Is it really true? Who could say! I can, however, confirm that my girls rarely get achy now that I’ve eased off padding and started using soft unpadded bras.

Sexy push up bras will never go out of style of course, although 2013 seems to be a good year for soft, unpadded lace as well! I’m talking about breezy neutral styles you can wear under those free flowing garments as well as hot bandeau bras that can double as tops should you decide to copy-paste some of those fierce runway looks. Amazing, isn’t it? I bet you didn’t think fashion would find its way to my list of reasons to wear unpadded bras! And yet, it does!

Are soft unpadded bras your favorite everyday lingerie or you prefer the push up effect of padded ones? Can you maybe think of another interesting reason to wear an unpadded bra at least one or two days of every week?