Tips to Let You Know if You're Wearing the Wrong Bra Size ... 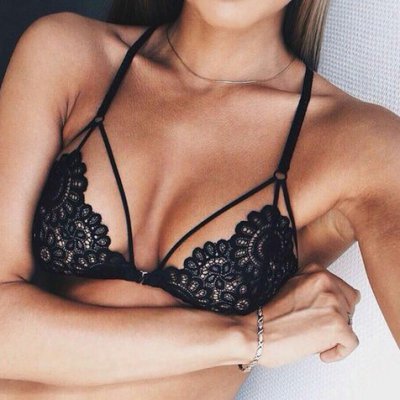 Finding a bra that's the right size isn't always as easy as it sounds since there's so many things to check for and think about! 😱 Above all else, when you go bra shopping make sure you always take the time to try them on first and don't be afraid to go without or say no if it doesn't feel right on you! 😃👍

Keep reading for a few common tips that will tell you if you're wearing the wrong bra size! 👙

1 The Underwire Digs in

You might have experienced the unpleasant feeling when you wear a bra and the underwire feels super sharp and digs in/stabs you until the point where you eventually take it off and see a bright red mark on your skin. Sound familiar? Fortunately, this sort of thing is only a sign that your bra sized isn't right as you shouldn't be in any discomfort just from wearing a bra!

2 It Leaves Marks on Your Body

Following on from the having underwire that digs in, there's no reason why you should find marks or outlines of your bra on your body once you take it off at the end of the day. When this happens it's clear that it's far too tight and your skin is actually suffering from it. The best thing to do is look after your skin by finding one that isn't going to be too tight or restricting to wear.

This one is pretty much a no-brainer! You shouldn't be wearing anything that actually hurts to wear, not even something as simple and basic as a bra. This is a clear sign that you're wearing the wrong type of bra or one that's in the wrong size, so throw it out and go shopping for a better one that feels great to wear and move around in!

4 You Don't Use the Middle Hook

Bras are supposed to be the correct fit; they shouldn't be too tight or too loose but just right (it's okay to be like Goldilocks when it comes to finding the right sized bra!), so it makes sense that we should have it on middle hook of the three that

5 Your Breasts Bulge out

Not only can this be super unflattering and unattractive but it's also a very obvious sign that you're wearing the wrong bra size! Your breasts should sit nicely and comfortably within the cups, so if you're experiencing breasts (or bunches of skin) that are bulging out of the front, back or sides of your bra you need to get a larger size asap!

There's almost nothing more annoying than trying to go about everything you have to do each day with having to constantly hike up your bra straps every few minutes! Sometimes this can continue to happen even when you adjust the straps so they're as tight as they can possibly go. This is definitely something we could all do without, right? Avoid this common problem by getting a bra that has the best amount of support.

7 The Band Rides up

You're most certainly wearing the wrong bra size if the band of your bra is constantly riding up at the back. Remember that the band should sit or lie horizontally flat against your back, so there's no reason why it should be rising or coming up every time you lift your arms. If this happens you know for sure you're wearing the wrong size!