I think it’s true to say that a lot of us look to celebrity style icons for inspiration in our own wardrobes – unlike the catwalks, celebrities do, on occasion, choose outfits that are more accessible for the rest of us. However, there are some celebrities who’ve made a name for themselves largely through their sartorial choices; but who would have thought we’d be taking cues from these seven unlikely celebrity style icons?

I seem to be the only one who remembers Mrs Beckham before the heady days of being one of our celebrity style icons. In the fash pack’s rush to praise her for her high-end designs – which are, admittedly, very good – have we all forgotten the inflated boobs, bleached hair and garish dresses? This is the woman who’s credited with being the original WAG after all. Who knew she’d end up rubbing shoulders with Anna Wintour and co?

Now, personally-speaking, I have to whole-heartedly and quite passionately disagree with this one. So how surprised was I to see the rapper and one half of Kimye make The Sunday Times Magazine’s male best-dressed list last week? He’s also got his own label, whose catwalk shows are attended by a surprisingly fashionable crowd, and apparently has become a bit of an inspiration sartorially-speaking. Really? Really?

Our new-found love of all things Danish-crime-series-related was topped only by our love of the female lead from The Killing, Detective Sarah Lund’s festive knitted jumper. There have been legal battles, thousands of copies, knitting patterns – in no time at all, we were all wandering around looking like the famous detective / hipsters from Shoreditch.

Last year saw a revival in our appreciation of ageless style – and Mary Berry was leading the way. Who could have predicted the sensation the 77 year old food writer's chef’s outfits would cause when she started presenting The Great British Bake-Off? Her Zara floral bomber jacket received more column inches and tweets even than one of Kim Kardashian’s more flamboyant outings.

Think back….way, way back. Before Alexa Chung become the unofficial worldwide boss of what’s fashionable and what isn’t, and before we were all doing the preppy, geek chic thing. Okay, are you there? So do orthopaedic-esque shoes and socks, dungarees and looking like you’ve never really made much of an effort look so fashionable now?

This is a sensitive subject for me, because I think I loved possibly every single one of the outfits Bradshaw wore during the SATC series (including both films). In fact, I love almost everything Sarah Jessica Parker has worn too – in my head, they’re the same person. But step back from all the hype for a moment – black bras under white shirts? Prints that don’t coordinate in any way, shape or form? Tacky gold jewellery? If anyone other than SJP tried to pull that off, they’d go straight into the ‘worst-dressed’ columns of the glossies.

This is one fashion editor – Vogue Japan’s editor-at-large, to be precise – who isn’t afraid to put the fun in fashion. She’s become the darling of the street style world, down to both a sunny demeanour (unusual in a sea of very surly-looking pouts) and her eccentric fashion choices. A hat made of two very large cherries? Absolutely no regard for traditional clothing conventions? Improbably huge and weirdly-shaped sunglasses? We can’t get enough of it.

Perhaps it’s not what you wear that matters, but rather how you wear it. Maybe some people are just lucky enough to have that certain air of insouciance that allows them to go out looking exactly like they got dressed blindfolded, and still have the fashion world lapping at their immaculately-packaged feet. Who are you inspired by (but don’t really know why)? 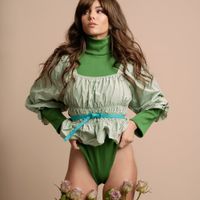 DIY Your Own Chic Holiday Sweater ... 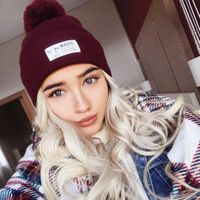 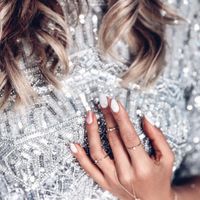 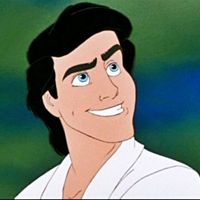 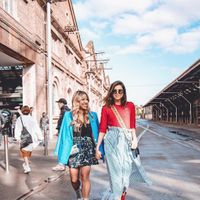 9 Fun Songs from Matt Kim That Should Be on Instant Replay ... 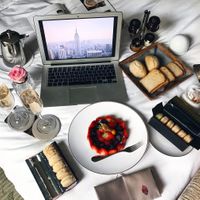 8 Movies to Get You in the Halloween Spirit ...

How to remove semen from carpet ...
Paris riche le stylo eye violet ...
What is a gluten free diet ...
What contains gluten list ...
What ingredients have gluten ...
When is the best time to be in a relationship ...
Loreal paris color le smoky eye spark ...
This cool guy my gardener met yesterday creates your homie for no apparent reason. ...
Paris le smoky shadow always pink ...
How to remove birthmark from face permanently ...