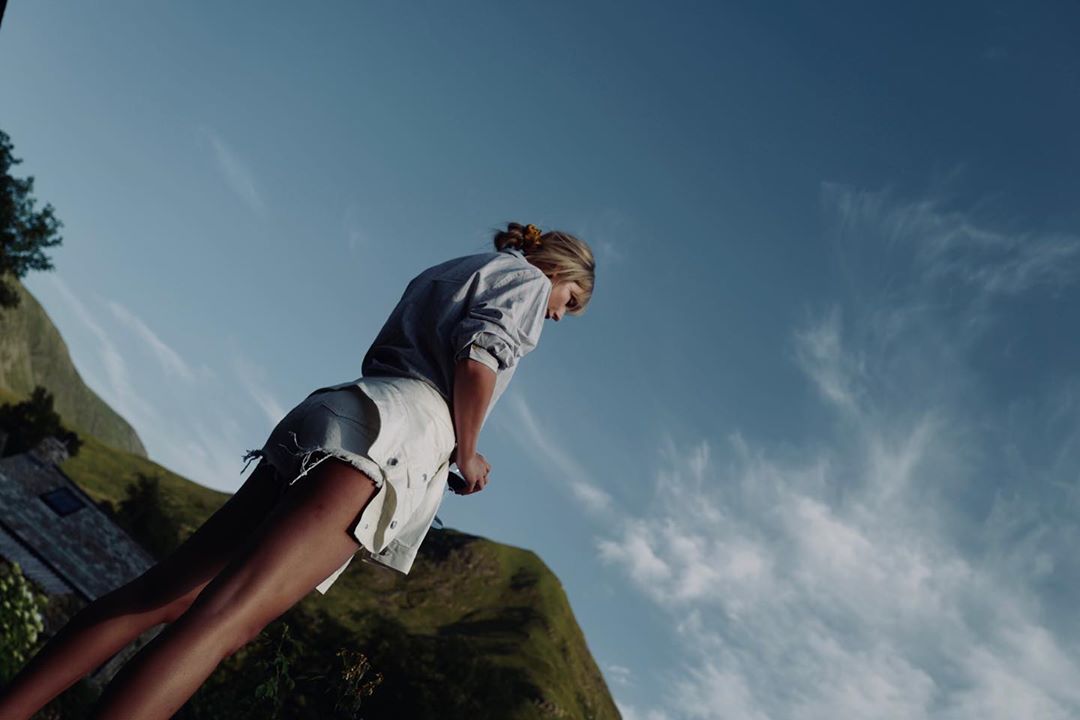 Wildest Dreams is one of the most beautiful songs on Taylor Swift’s 1989 album, so it’s no surprise that the music video is one of her most beautiful music videos ever. While that’s of course in part to the cinematography, it’s even more in part to the gorgeous clothing she wore throughout the video. There were so many looks to pick from that it’s hard to choose a favorite, but these were some of her best looks in the Wildest Dreams music video!

The insanely beautiful yellow gown brought me back to the Speak Now days (did any other Taylor Swift super fans feel like that?). It’s so dramatic with that long train, and the way that she almost floated around in it made a look that no one will forget about any time soon!

It feels a little strange saying the words Taylor Swift and boudoir in the same sentence, but in this music video she really brought it with a boudoir number. This number is classy, it’s a simply classic number, but more than anything, it feels real. Even though it’s absolutely gorgeous, it looks like something we’d all be able to find and wear ourselves!

3 Her Casual Flying a Plane Outfit

Don’t we all look this perfect when flying a plane? I don’t know about you, but even when I’m a passenger I don’t look like this. Her mint cigarette pants and fitted top are breathtaking, as is the headscarf, which completes the look and makes me want to steal her style more than ever.

Leave it to Taylor Swift to work a co-ordinate outfit into her music video that takes place in the 1950s. Even though it’s just a few seconds of this look, this gingham outfit is one that I personally couldn’t get out of my mind after seeing the video. It’s so retro yet classic, but also screams Taylor Swift.

A lot of people mentioned that this dress looked similar to one of her gowns from the Met Gala, and they weren’t wrong. It was an intentional choice, and one that I personally loved, because I loved her Met Gala gown and I loved this gown. It proved how timeless both dresses were, that one could be worn in “the 1950s” and the other could be worn in 2015, and both were absolutely stunning in their time.

Taylor Swift is known for matching with her significant others if the beginning of her relationship with Calvin Harris is any indication, and that was no different with her onscreen love interest in the Wildest Dreams music video. In this shot, they perfectly match as they film a scene, and make us all wish we could steal her style even more than we already did!

Midi dresses are my weakness, and this simple yet beautiful dress she wore in the video was no exception. It was absolutely timeless, but fit so well in the era she was trying to portray. It’s a dress that I could see old Hollywood stars wearing, so leave it to Taylor Swift to pull it off effortlessly.

What were your favorite Wildest Dreams looks? Let me know in the comments! I don’t think that I could pick a favorite personally!

lifestyle
7 Things That Affect What You Dream about ...
lifestyle
8 Dreams and Their Meanings ...
inspiration
The Most Motivational Quotes about following Your Dreams ...
money
Take It Step-by-Step to Be Invincible in the Pursuit of Your Dream Career ...
inspiration
How to Plan to Make 2018 Your Best Year Ever ...