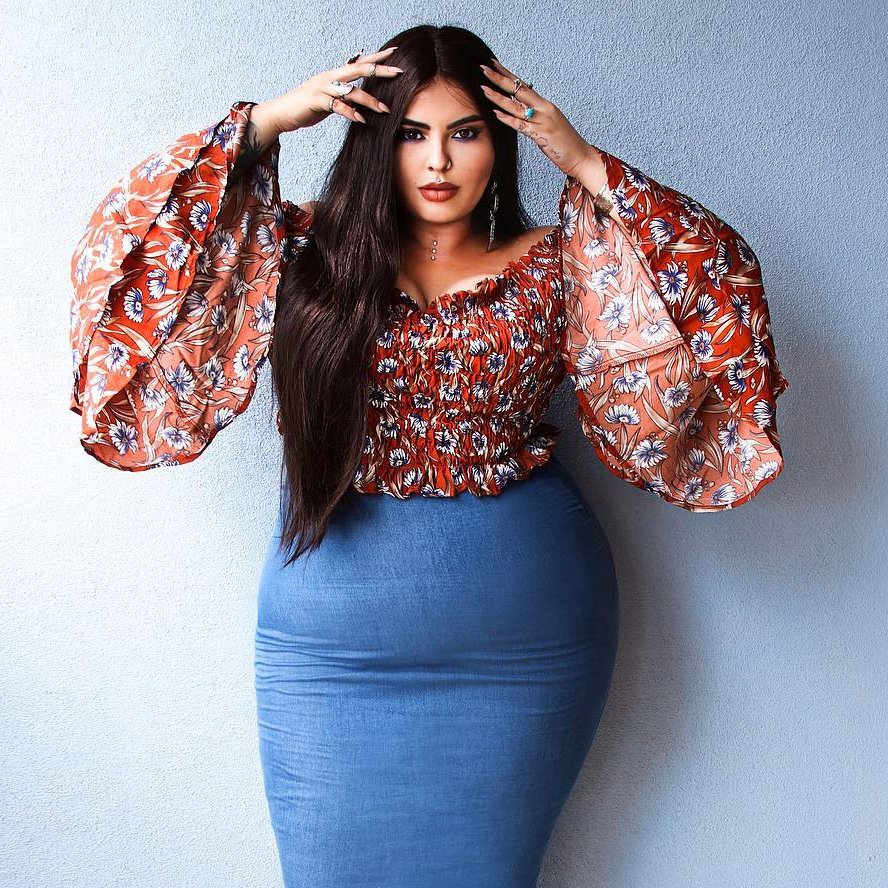 I'm here with truths about plus-size modeling revealed. First, let me be clear. I am pointing out that there is a reason to distrust plus-size MODELING, not the models themselves. First, like everyone, models may gain and lose weight. Second, plus-sized models have little control over the fashion industry’s conception of what a plus-sized model is. Industry observers have noted that the term “plus-sized model” has been used to apply to models of sizes ranging anywhere from size 8 (gasp) to size 14 (believed to be the average American women’s size) to sizes above.

But when you read what the industry is doing to meet the demand for real women with real curves, you may wonder if we have gotten any closer to an authentic embrace of real women, or just sidetracked into another dead-end. If you ever been suspicious of the plus-size phenomenon, read on for some truths about plus-size modeling revealed.

It’s hard to believe, but some advertising campaigns ask plus-size models to use “fat suits”— extra padding to inflate the models’ girth—say from size 12 to size 16. Obviously, in this case, the idea is to fool viewers into the thinking the model is larger than she actually is.

Alternately, padding is sometimes used to re-shape the model. Say, for example, a model is busty – a bit bigger on the top than below the waist, she may be asked to pad below the waist to appear more proportionate.

Seeing that the whole concept behind plus-size models was to represent women more accurately, this practice seems deceptive if not downright unethical. If the idea is to represent “real” women, then why introduce fake bulk? That's one of the worst truths about plus-size modeling revealed.

Another trick in the plus-size modeling playbook is the “larger but unusually proportional” model. I don’t know about you, but most women really run two sizes—say a size 8 on top and a 12 on bottom. That’s reality. A woman who’s a perfect-off-the-rack size 12 (top and bottom) is somewhat of an anomaly.

The fault may lie with fashion designers. They’re already apparently grouchy about designing clothes that flatter larger figures. (What? Do they think they are saving on material?) But the effort needed to formulate flattering clothing for us mixed-size women is seemingly beyond them.

Another trick in the plus-size industry is simply defining regular-sized women as plus-size. Industry officials variously describe plus-size as starting at size 8 or any size above that. Most curvy women take exception to this. Some assert that size 8 cannot possibly be considered plus-sized since size 14 is the average size of women in the U.S.

Others assert that if a woman can walk into an average store and easily find her size off the rack, she’s not plus-size.

Actual plus-size women point out that they often have quite a difficult time finding “ready to wear” clothing right off the rack; they often have to mix and match, customize, and improvise to create outfits that flatter them!

Photoshopping—using computer software for smoothing out curves, softening mild imperfections (such as stretch marks), lengthening limbs, etc., has become a go-to trick of the industry. In fact, it’s such standard practice that it has long been applied to women who are so exceptionally beautiful, they don’t NEED any airbrushing.

The whole concept of altering women’s looks to meet some impossible standard is silly anyway, but it’s especially silly when applied to plus-sized women who are being hired—obstensiblyto represent the average woman, not some ridiculous ideal.

The “token model” phenomenon happens when an ad campaign uses just ONE plus-sized model to represent the totality of “real-sized” women and then goes right back to the Twiggy template. It’s as if they are saying grudgingly: “yeah, yeah – we know you plus-sized ladies are out there. We sure don’t want to build a brand around you, but we’ll fleetingly acknowledge your existence.”

A couple of last thoughts to put it all in perspective. If we are to be fair, all models (plus-sized or not) represent some kind of ideal. They are like you or me on a day when everything miraculously comes together—our acne is under control, our nails are done, we’ve avoided a bad hair day, and the outfit we’ve chosen happens to compliment us perfectly. These days only happen for us once in a while.

But if we as a society are claiming that we are trying to move to a fairer, more inclusive vision of women’s beauty, we have to let go of the ideal of perfection and embrace our flaws. Because flaws are what make us interesting—and that’s what true beauty is about.

So come on, plus-sized industry! Get on board!