7 Entrepreneurial Women to Look up to if You Want a Career in Fashion ... 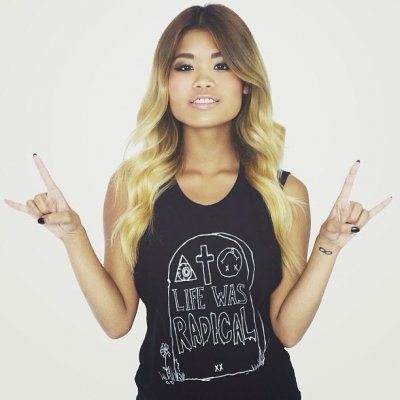 If you’re looking to start a career in fashion, you’ll need some role models. These are some of the best entrepreneurial women in fashion, and the women that you need to look up to. Some of them have written books, others have started businesses, and some are just really inspiring women who have had insane careers in fashion. No matter what they’ve done, you’re sure to find these women to be inspirational.

I don’t know what hole you’ve been living under if you don’t know who Sophia Amoruso is. It’s probably one without WiFi or Barnes and Noble. Sophia Amoruso built her company, Nasty Gal, from the ground up. She literally started her business by picking through secondhand stores, looking for the best pieces, while living in a rented pool house. Today, she’s the Executive Chairman of Nasty Gal, a company that’s worth more than 250 million dollars, and the author of her first memoir, #GirlBoss. If she doesn’t already inspire you on a daily basis, she will!

Aly Silverio started her jewelry line when she fifteen, which then grew into a clothing line. Today, One Direction, Five Seconds of Summer, Kylie Jenner and even cast members of Orange is the New Black have worn her designs. Her clothes are everywhere, and you’ve probably seen them on most of your favorite stars and didn’t even know it. If you’re young and want to start your own business, there’s no one better to look up to than Aly Silverio.

You may not know Cindi Leive by name, but you know her work. She’s the editor-in-chief of Glamour magazine, one of the best fashion magazines on newsstands these days. I like to think of it as one of the more relatable fashion magazines out there. Sure, we all love to flip through an issue of Vogue, but can we really afford the clothes on the pages? Cindi Leive has completely built Glamour back up from its semi-fledgling state, and if you want a career in editorial and fashion, she’s the person to look up to!

Bethany Mota is barely nineteen, and she already has one of the biggest fanbases on the Internet and her own fashion line. She built an audience on YouTube based on her gorgeous style, and as a result has become one of the biggest fashion Internet stars out there. It’s not everyday that YouTubers get clothing lines, so Bethany Mota is just taking her career one step further!

These ladies are insane entrepreneurs! Rather than go the obvious route and start their own fashion line after college, Jennifer Hyman and Jennifer Fleiss started Rent the Runway, a website that lets women rent gorgeous, designer dresses for a fraction of the price. I don’t know about you, but it was definitely an idea that made me hit myself for not coming up with it myself!

I think we can all agree that Diane von Furstenberg is one of the coolest ladies out there. Despite the fact that she married a prince, she wanted her own career, and started designing clothes shortly after getting married. Although their marriage didn’t last long, her love for fashion did, because she’s now one of the most well known names in fashion. There are very few things that Diane von Furstenberg hasn’t done.

Although Tory Burch started small with a clothing store in Manhattan, it didn’t remain that way for very long. Just over a year after opening the store, her line was featured on The Oprah Winfrey Show, which blew up her website overnight. Since then, Tory Burch and her line have become one of the biggest names in fashion, making her someone to look up to if you don’t already.

Which fashion entrepreneurs do you look up to? Let me know in the comments!