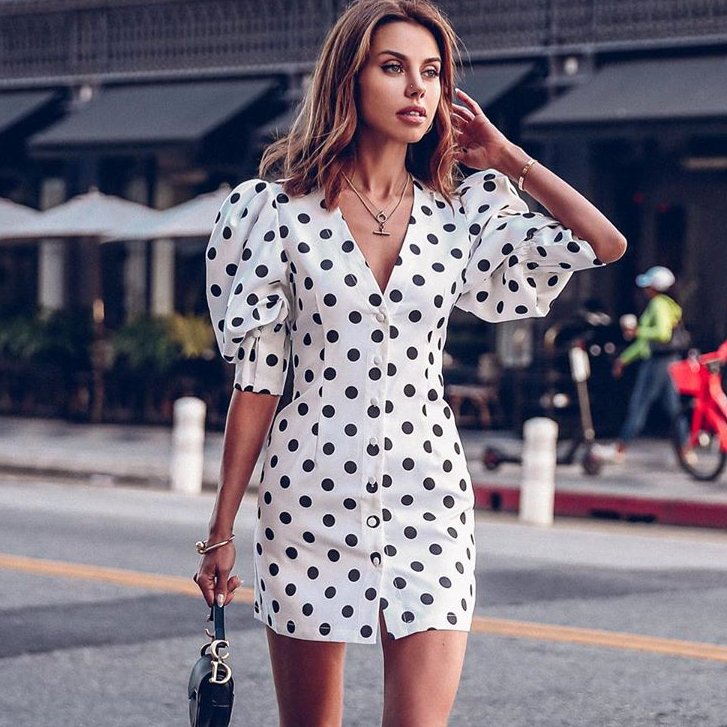 Fashion tips for small bust women seem to revolve around either embracing what you’ve got or enhancing appearances. I think one of the biggest advantages of women with smaller busts is that they are able to pull of a range of different styles to suit their figures. Whether you want to play up your features or create the appearance of a fuller bust, the following are a few fashion tips for small busts.

One of my first fashion tips for small busts is to embrace it. When you think about it, many clothes are initially designed to suit models with smaller busts. From going braless to backless, you can get away with so much more!

3. Draw Attention to Arms and Shoulders

Another one of my fashion tips for small bust women is to be daring and don a backless number this season. While anyone with a bigger bust usually has to worry about support and bras, if you’ve got a small bust you can easily go sans bra!

5. Show off Your Waist

Create a shapely silhouette by wearing clothing that clings to the smallest part of your waistline. Any cinching in at the waist helps make your bust appear larger.

Like the previous fashion tip for small busts, this one involves cinching in the waist. By wearing pants with a slight flare to them, you’re causing your waist to appear narrower and ultimately maximising the appearance of your bust.

One upside to having a smaller bust is that you can wear revealing necklines without the fear of ‘falling out’. However, one note of caution is to avoid v-necklines and long sleeves as these can further exaggerate the appearance of a small bust.

The colours you wear can make all the difference in the appearance of your bust. Some colours can make you appear larger, so those with small busts have little to worry about in this department. It may interest you to know that lighter colours can enhance a smaller bust. Also, make the most of this season’s trends by embracing brightly coloured tops.

Wide waist belts or corset style belts are another way to enhance the appearance of a small bust. They cinch in the waist and create a shapely blouson effect.

Wear tops with ruffles or embellishments around the chest area as these add volume without exaggerating a small bust. Another fashion tip for small busts is to layer a few scarves over a plain top to add some subtle bulk to your bust.

Anything too slinky or clingy around your bust can further emphasise its flatness. In the cooler months, opt for chunky knits rather than fine ones.

It’s all about sheer fabrics at the moment but one of the biggest difficulties is what to wear underneath. Wearing a slip or statement bra is a great idea. For flatter smaller busts, you could even get away a subtle display of nipple.

Avoid wrap style dresses or tops as these may not always flatter a smaller bust. Since wrap dresses create a curved effect, they usually require a fuller bust to fill out the dress.

Women with smaller busts enjoy greater ease when it comes to wearing coats and jackets. More often than not, a bust can get in the way of buttoning up an otherwise well fitting coat. Make the most of your smaller bust by donning a stunning statement coat!

We’re often told that wearing patterns draws attention to certain areas and can make them look larger than they are. If you’ve got a smaller bust, you’ve got little to worry about in the way of prints. You can embrace both bold prints as well as getting away with wearing smaller prints, like polka dots and ditsy florals.

Wearing blouses with breast pockets can add to the appearance of a fuller chest. Any detail around the chest can have this effect. A crisp button-up top with breast patch pockets is a chic option for right now.

For those with smaller busts, there aren’t many styles of swimsuits that won’t suit you. You can easily pull off triangle, halter, or bandeau style tops. You can also create the appearance of a wider bust by wearing horizontal stripes or patterns on your top half.

Sports bras and bandeau bras can further exaggerate a small chest. If you want to create a fuller appearance, my main fashion tip for small bust women is to invest in a shapely and well fitted bra.