While Lily Collins is quickly becoming an esteemed actress and her star is rising, she also kills every red carpet she’s on. Whether she’s on the red carpet, shooting a movie, or walking down the street, everywhere she goes, she makes women lust over her effortlessly cool style. She has a variety of different looks ranging from Audrey Hepburn to boho chic, so no matter what your style is, you’ll fall in love with at least one of these outfits!

1 The Rome Film Festival Part One

At this point, Lily Collins is almost as well known for her stellar acting as she is for the dress she wore at the Rome Film Festival while promoting Love, Rosie. The purple dress that diffused into other shades of purple and white has become a dress that nearly every single woman around the world is lusting over.

While her purple dress may now be iconic, another outfit she wore at the event is just as gorgeous. The white bandeau and pants she wore to the same event were the quiet star of the show, being slightly off the norm for Lily Collins, while also being sleek and effortlessly stylish. 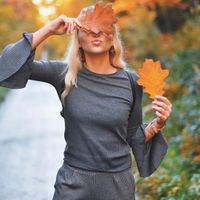 Who is the First Female of Humanity 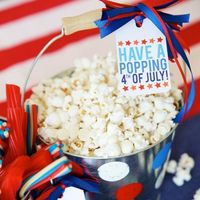 3 Her Appearance on Lorraine

Not only was Love, Rosie a great movie, but it also gave us the gift of some of Lily Collins’s best style looks, and her appearance on British talk show Lorraine was no exception. She wore a matching blazer and skirt set with a pair of Louboutins that went perfectly with her new chic bob. The entire outfit was put together perfectly, and we can all only hope to achieve.

It takes a true style star to perfect an effortlessly chic airport style, so leave it Lily Collins to truly have it down. Even if she’s only wearing a sweater and jeans, she’ll pair it with something like the perfect pair of shoes or hat that always leaves us wishing we could play dress-up in her closet.

6 The Entire Stuck in Love Movie

If you didn’t already know and love Lily Collins, you definitely fell in love with her after seeing Stuck in Love for the first time. Her style was simple and understated, her eyebrows were, as per usual, perfect, and her hair in this movie is so coveted that it’s the first suggested term that comes up when you search for the movie. She plays the effortlessly stylish college we all aspire to be.

The Audrey Hepburn and Lily Collins comparisons are seemingly endless, but I think she took it to a whole new level with her Bergdorf Goodman photoshoot. The cape=like coat and the red purse scream glamour and elegance in a way that only Lily Collins can achieve.

What’s your favorite Lily Collins look? Let me know how she’s inspired your style in the comments!

lifestyle
Who is the First Female of Humanity
health
7 Tips to Help You Prepare for Your Hysterectomy ...
health
7 Best Foods to Eat during Chemo ...
lifestyle
Best christmas gifts for high school boys
lifestyle
15 Free 4th of July Printables for the Kids to Enjoy ...

Why does looking at food make me nauseous ...
How to shape eyebrows ...
What is low glucose level mean ...
My sugar is high what can i do to bring it down ...
Why is my food going right through me ...
How to call a guy handsome ...
How long food poisoning start ...
How to have sex with bestfriend ...
How to use arrowroot as a thickener ...
My boyfriend prefers to be with his friends ...