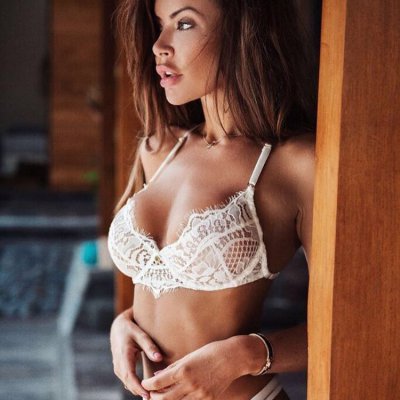 At some time or another I think pretty much all of us could be found guilty of not updating/replacing our underwear when it was needed 🙈 🙉 🙊 follow these helpful hints for replacing your underwear and you'll never go wrong! 😄 👙

When you're replacing your underwear you might not immediately think of your wardrobe... this needs to change! Of course it's okay to buy new underwear simply because you like the bright colour or you like the cool print, but also be mindful of how easy or hard it will be to pair with outfits and everything else in your wardrobe!

It's no fun when you have a great dress to wear in crisp white, but you can see the pattern or colour of your underwear (bra or other) is playing peek-a-boo!

One idea is to buy mainly nude (suited to your skin tone) and neutral coloured underwear as these can be paired with most outfits and not be too obvious or visible from the outside!

Have you ever been shopping for underwear and brought any pair purely because they look amazing, but then get home and realise that they're just so damn uncomfortable?

This is the easiest way to end up buying pairs and then never wearing them due to lack of comfort. So when you're looking to replace your underwear do consider comfort as a big factor!

Whether you've just moved to a new city/town/country or have recently broken up with a boyfriend and are about to go about life as a singleton (as Bridget Jones would say), new underwear should be a part of this major change too!

Similarly, holding onto underwear that was your ex's fave might not help you to move on in the way that you should after a breakup as it might keep reminding you of him every time you see or wear it! Celebrate a fresh start with fresh pairs of underwear in your drawers!

There's absolutely nothing wrong with holding onto a few great pairs of underwear over the years if they hold up well, but if it's been more than 5 years since you've replaced your underwear or brought a few new pairs, you might want to consider doing this for the sake of updating your drawers!

Sometimes when you're putting away underwear in your drawers or getting it out, you might catch an odd smelling whiff every now and again...no, this is not your imagination!

Did you know that certain polyester can grow a type of especially smelly bacteria? What's worse is that this can easily be transferred from your underwear onto other clothes in the wash.

It's always better to be safe than sorry by getting into the habit of tossing anything that smells! New underwear will always smell better so if this isn't a good enough reason to replace any old, smelly pairs then I don't know what is!

6. Try Some of the New Styles

I don't know when you last replaced your underwear, but I can tell you that there are sooo many new styles of underwear popping up all over the place nowadays! There's bralettes (or 'bralets' depending on however you want to spell it), camisoles, racer back bras, soft cup bras, cupless bras...the list goes on!

Next time you replace your underwear, be open-minded and have a look at the different option available - take your time seeing what you like best and what works for you personally!

Most of us ladies will have a specific 'underwear' drawer, so if you don't have one I suggest you get onto that asap as they prove very handy and convenient to have!

A underwear drawer lets you keep all of your pairs, matching sets and bras together so that they can be easily found and put back after. But how often do you remember to keep this drawer organised, neat and tidy?

With everything going on in life, it can be easy to forget or get lazy and just chuck them back in! This, though, proves very difficult to find this exact pair again if they weren't just tossed back in carelessly. Please, just do yourself a favour and do your best to keep it organised!