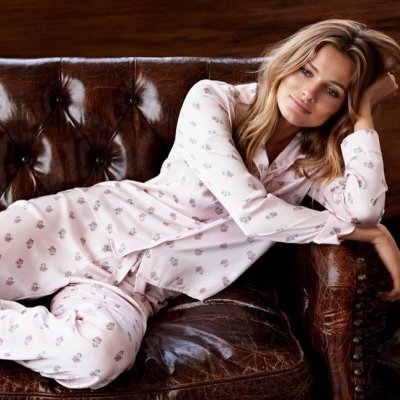 Pajama sets have been all the rage lately. It seems like no matter what store you’re at, most stores have really begun selling a wide variety of pajama sets that are both adorable and affordable. As someone who can easily fall in love with a good pajama set, these adorable yet affordable pajama sets are exactly what I’m looking for!

Target is known for the cute and affordable outfits, so it’s really no surprise that they would have adorable pajama sets, however, you would be surprised. Target has only just recently started stocking pajama sets. One of my favorite lines is Nick and Nora. They’re soft but also unique! They’re already selling out, though, so jump on them immediately!

If you absolutely love pajama sets but couldn’t fathom spending a ton of money for them (how many people are going to see them, really?) Kohl’s is the perfect option for you. Not only do they have a ton of cost-conscious options, but they also have so many different styles that cater to a range of different ages.

Although they don’t have a lot to choose from, J.Crew’s pajama sets are, put simply, classic. They’re simple but gorgeous. They almost remind me of something you’d see on Mad Men, which is always a positive.

Over the past year or so, Forever 21 has really gotten into pajama sets. They have so many different styles, all with different patterns and styles. Most of them even have witty sayings splattered across them, so if you’re looking to be a little sarcastic, these are for you. While these pajama sets are probably aimed more towards the younger set, I think they’re fun no matter your age!

While JCPenney doesn’t necessarily the cheapest pajama sets, they do have an insanely wide variety. You could find something whether you’re twelve or sixty. I personally think that JCPenney’s pajama sets are the most perfect if you’re looking for something more sophisticated. The patterns and styles are much more grown-up than, say, Forever 21’s pajama sets. They’re a little more elegant, but just as cute.

Although Macy’s isn’t always this affordable, right after the holidays, their pajama sets are all on sale. Believe me, you’ll fall in love with every single pajama set they sell, and they’re cheap enough that you could probably afford a lot of them. They’re simultaneously classic and fun no matter your age!

Where do you find the cutest pajama sets? Right now, my favorite place to find pajama sets is Forever 21. Not only are they cute, but also a lot of the shirts that come in the pajama set can also double as a graphic tee that you can wear during the day! Let me know your own favorite stores in the comments so I can look them up too!