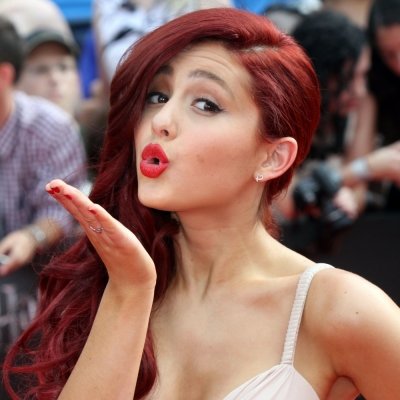 As Ariana's music evolves, so does her style! The talented performer has gone through a preppy phase, followed by a retro-chic phase, and is now acing the sultry/sophisticated look. Here are 11 times that Ariana Grande proved she's a major fashionista: 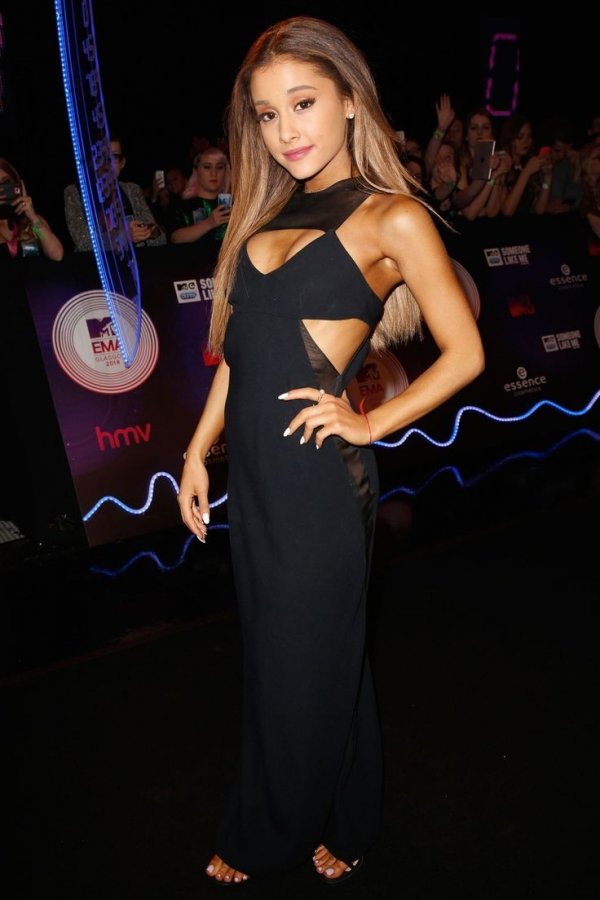 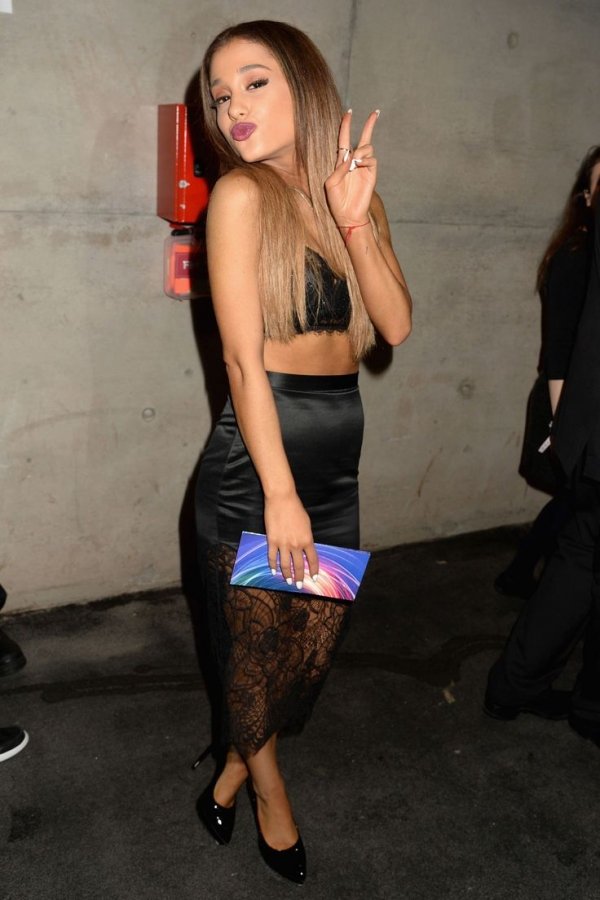 After performing on the EMAs stage, Ariana changed into a black bustier and matching lace skirt. She wore her hair down and completed the look with some black pumps and a colorful clutch! 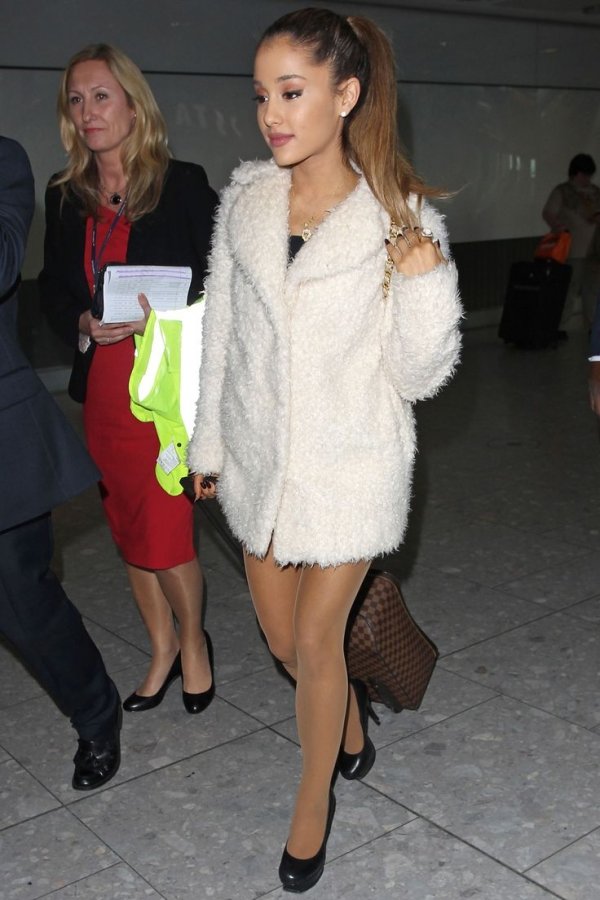 Ariana even keeps it chic at the airport! She was spotted in a white furry coat over an all-black ensemble while arriving at Heathrow airport back in October in London, England. 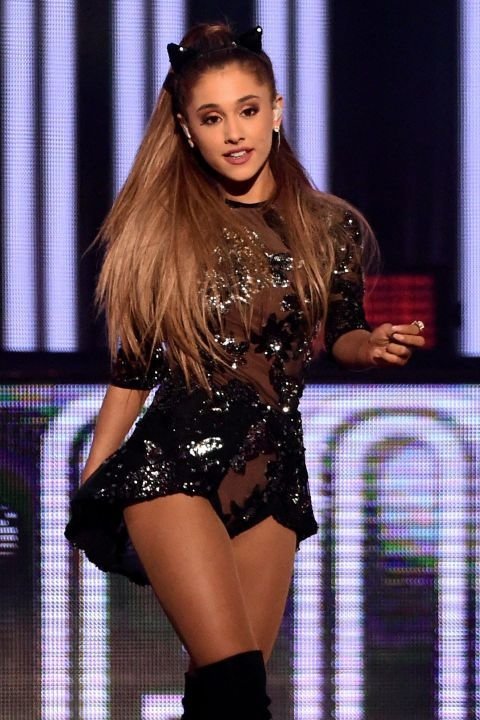 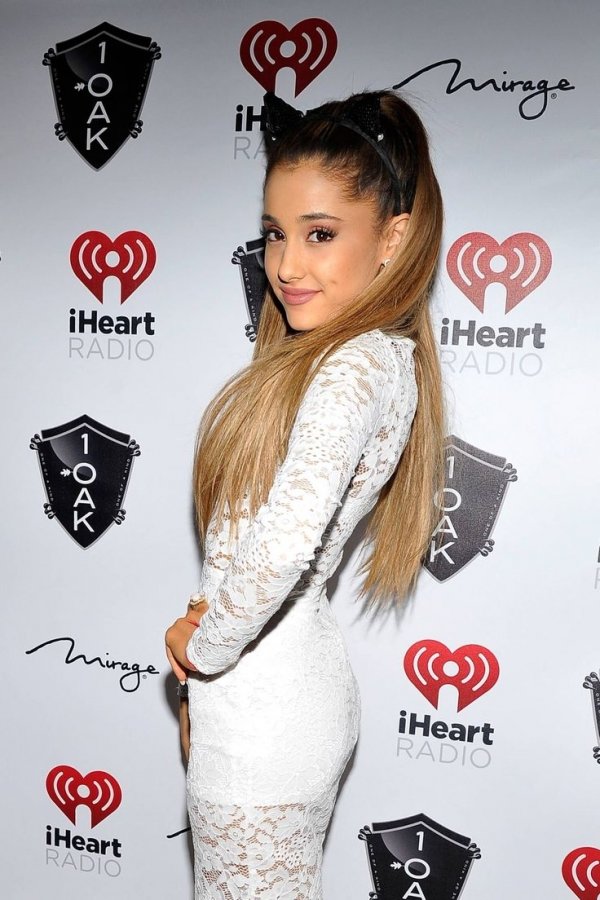 Ariana arrived at the 2014 iHeartRadio after party looking stunning in a white lace dress! Seriously, I need it. 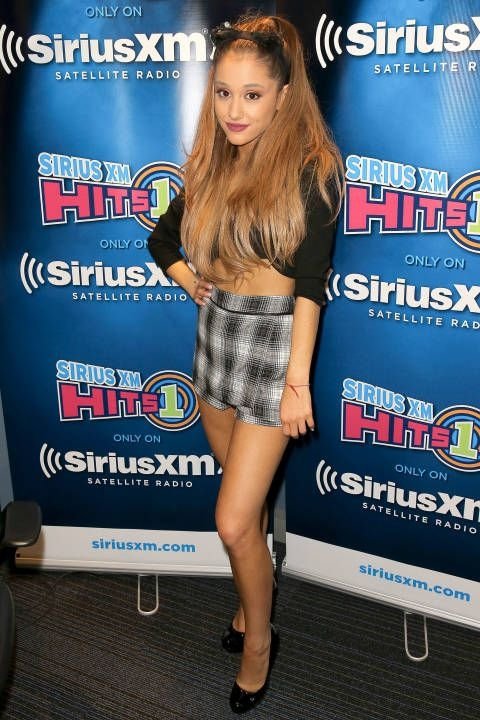 Ariana paired a black long-sleeved crop top with some plaid high-waisted shorts at the Morning Mash-Up Broadcast at SiriusXM Studios last summer. She completed the look with black pumps and a cat ear headband! 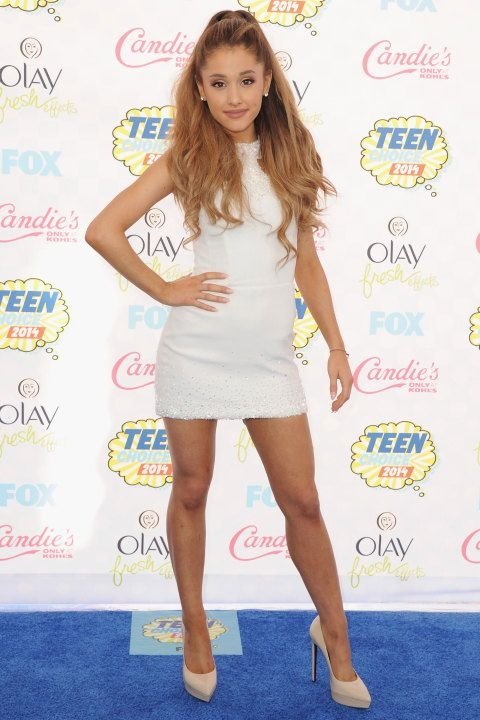 Ariana opted for a white mini with nude pumps at the 2014 Teen Choice Awards. 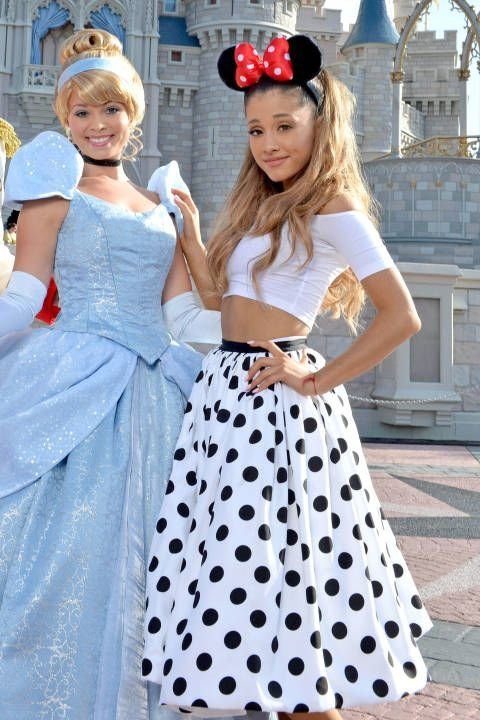 Ariana celebrated her 21st birthday at Walt Disney World back in June and wore a gorgeous polka-dot midi skirt paired with a white crop top. 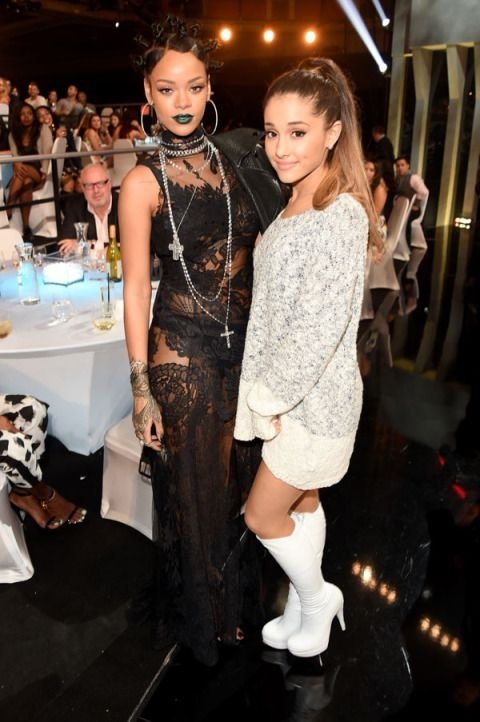 Ariana posed with Rihanna backstage at the iHeartRadio Music Awards in L.A. back in May. She wore her hair in her signature pony, an oversized sweater-dress, and some incredible white boots! 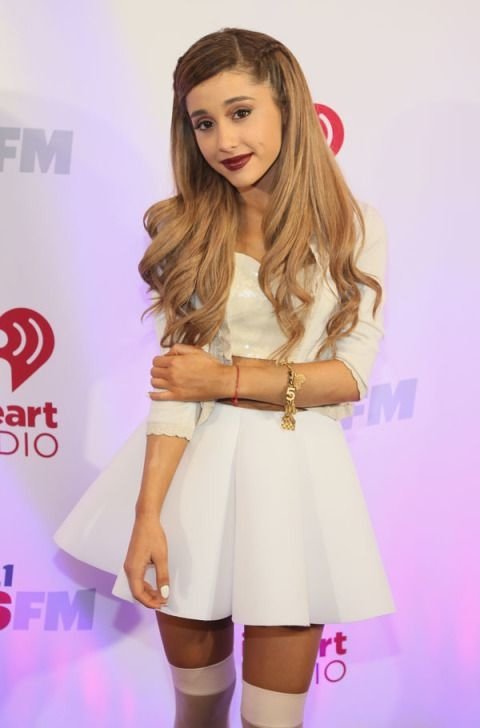 Which of these looks is your favorite?