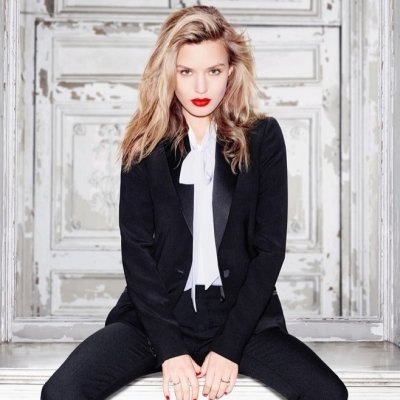 As 2014 comes to a close, so do a lot of the year’s greatest trends to try out. We’ve loved a lot of wildly different trends this year, and unfortunately a few of them will stay in 2014 while we find some new trends to try out in 2015. While these are all predictions, I do have a feeling that some trends, like '90s style and monochrome, will probably stay in 2014. If you’re looking for some old trends to try out from 2014, or want to reminisce a little on some of the best trends from 2014, this list will definitely help you do just that!

It seems like everywhere I’ve gone this winter, I’ve seen people in faux fur vests. It’s become one of the biggest trends to try out during the second half of the year, in my opinion. There’s something about it that screams Christmas. It’s just so cozy to wear either as a part of your outfit or as a coat. However, because it screams Christmas, it’s definitely something you should wear around the Christmas season, before 2014 ends!

If you live in a weather-permitting area that still allows you to wear crop tops in December, soak it all in before the year ends. The midi crop top was arguably one of the biggest trends in 2014, so why not end the year by paying homage to it in the last few days of 2014!

There was something about this year that took us back in time to the '60s, at least style-wise. It seems like everywhere we went, shift dresses and car coats were aplenty this year. Who knows if this trend will stick around for much longer, so get as much out of it as you can now!

Don’t get me wrong; I love monochrome as much as the next girl. It’s so easy to fill your wardrobe with a simple black and white wardrobe—everything matches! However, in 2015, add some spice to your wardrobe with some fun colors! It’s still 2014, though, so get your kicks in with all of your favorite monochromatic pieces while you can!

The leather jacket never truly will go out of style, however it has definitely seen a lot of play this fall and winter. If you’ve been wearing a leather jacket a lot this season, it may be time to give it a break in the New Year, so wear it out until then!

What’s your favorite trend from 2014? Will you be wearing it into the New Year or will you leave it in 2014? Leave a comment letting me know!